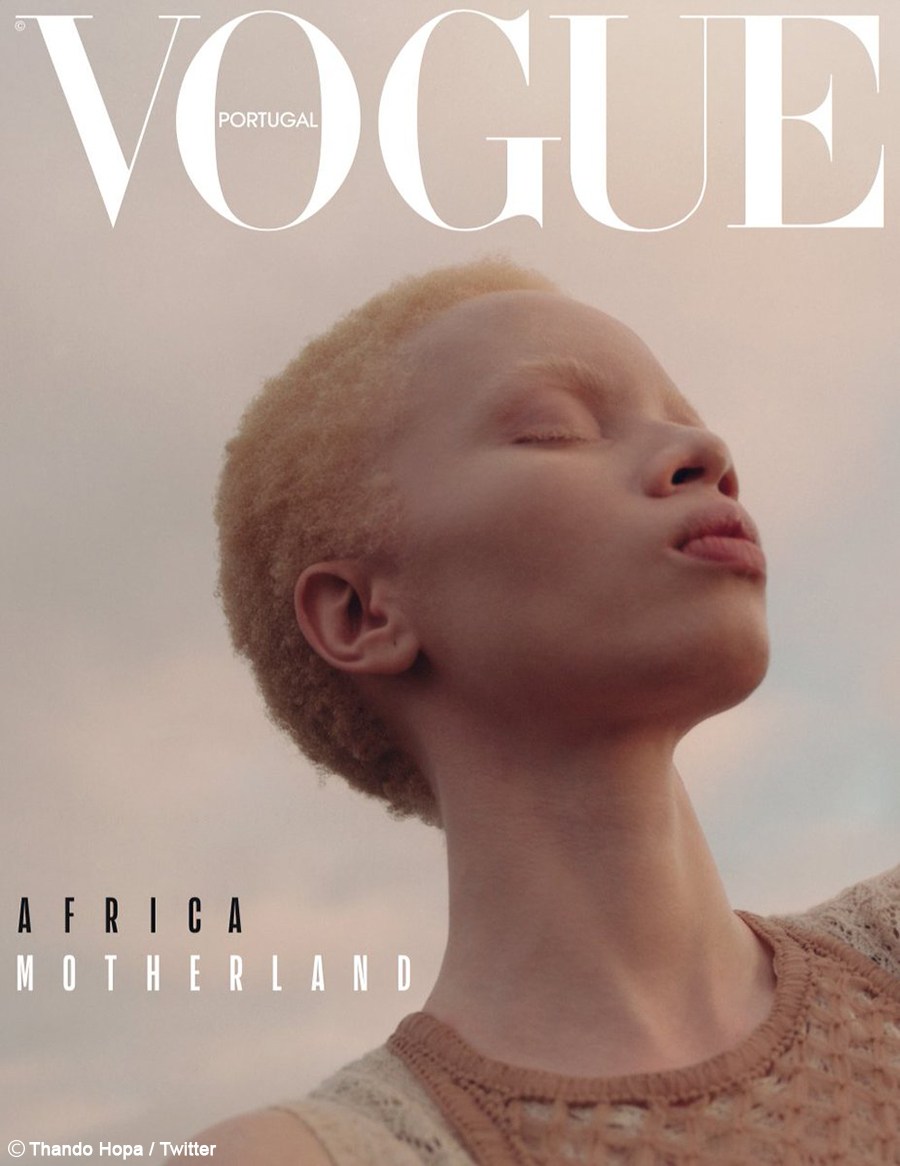 Vogue Portugal doesn’t get the recognition it deserves, despite raising the bar over the past year or so and overtaking the likes of Vogue Italia as a cutting-edge fashion publication. Unafraid to shift boundaries and perspectives, recent covers starring Crystal Renn, Debra Shaw and Jamie Bochert have managed to win over our forum members. This month, the magazine continues to break new ground with two covers starring Alek Wek and Thando Hopa, who remarkably just became the first woman with albinism to the grace the cover of Vogue. Photographed by Hugo Comte and Rhys Frampton respectively, both Alek and Thando blow us away in their minimal cover shots while proving less is always more.